Self-Publishing -- the Black Sheep of the Industry 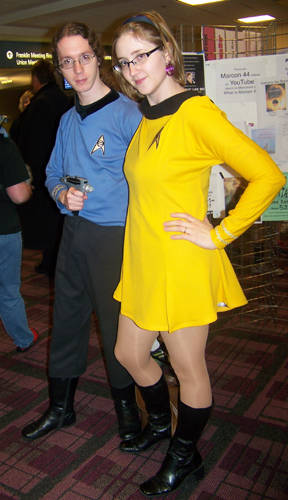 A few years back, I was a guest at various Renaissance Fairs. It was a wonderful way to sell my books. I didn’t have to pay the 40-50% fee that bookstores charge for putting my books on the shelf, so I kept more of the profits. The only drawback was that they like you to be in costume.

John, one of the other vendors who had also purchased a copy of my books, mentioned that he thought Prophecy of the Flame would be perfect at a convention called ConCarolina. He knew the director and promised to put in a good word for me. Not knowing what a “Con” was, I went home and began researching.

Cons are what fans are referred to at Sci-Fi conventions. At the time, the ConCarolina home page proudly announced that both Star Fleet and the Klingons would be attending. They also had Stargate, and many other Science Fiction and Fantasy shows, whose fans would be setting up booths.

The price for a convention table was a little steep so I decided to bring a friend who could sell her jewelry from my table in order to share expenses - after all, I only had one book, and it didn’t take up that much space.


I approached a group of normal looking people, flyer in hand, “Hi, I’m Lynn Hardy. Do you happen…” was as far as I got in my spiel. The group shook their heads vigorously, backing quickly away. Surprised, I shrugged off the reaction – it was the first time anyone seemed offended by my mild approach.

A few minutes later I approached a pretty blonde, flyer in hand. “Hi, I’m Lynn Hardy. I’m doing a book signing…” Again, I got the same type of reaction as she thrust out her hands, hustling to the far side of the room to join the others who had shunned me.

A few minutes later, a table was set up right next to mine with its own assortment of books. I tried making conversation with the guy doing the work but he wasn’t very talkative: he even refused to tell me what he did for a living!

As the event coordinator came by, I learned that the people who had avoided me were traditionally published authors, and the closed-mouth fellow next to me was the husband of one of those authors. Apparently, it seemed that they didn’t want to associate themselves with a self-published author, such as myself.

On the last day of this three-day convention, the guest of honor (a very prolific and well-known author), sat down at the table next to me in order to do his own book signing.  Absolutely no fans were around. 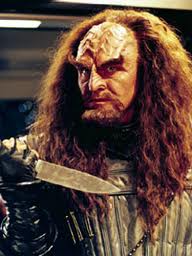 Bored, he picked up one of my books and asked me who had published it. I told him that I had started my own publishing company. He tossed it on the table dismissively, "You're not published--no one is paying you to write, you are paying yourself."

I nodded my head, agreeing with him, wishing I was published at Tor, Baen or Daw.  It was slow, so we began chatting. As an icon of the science fiction written word, he let me in on some of the proper ways of getting published:

About this time, it occurred to me that I hadn't returned my room keys for checkout. I politely excused myself. Before racing back into the convention, I waited for a moment at the door in order to catch my breath.

I strode calmly toward my table, as the author hurriedly put my book back down.  He turned to me and proclaimed, "You have a typo in your first paragraph."

I nodded my head in agreement.  "I'm mortified by this book. I paid an editor $1800, and it’s still loaded with typos."

This led to a half hour lecture on how, as an author, we are responsible for our own work. I picked up the first edition of the teen version of my book and opened it to the first page. "I feel the same way; it is, after all, my name on the cover.  I have already corrected that mistake and many others."

After reading to make sure I had caught it, he looked at me and said, "You should submit your book to my publisher; they publish a lot of stuff along these lines."

After that, I sent my book (along with a nice query letter) to one of the largest publishers of Science Fiction and Fantasy in the nation. The owner had actually asked to see it! Seven months later, at another convention, I was disappointed to learn that this publishing company was struggling to stay afloat. They weren’t printing anything that wasn’t written by a bestselling author. The nice “not at this time” letter I receive two months latter was not a huge surprise.

Let me close by saying this:

I have read many self-published books, kind of like Authonomy’s policy of trading reviews.  Many are great, many lack a good edit (mine included) and many should have never been printed. Is self-publishing worth it?

The key word in self-publishing is "self."  You must not only be a good businessman, but a good marketing agent as well. It's a full time job, and if by some small miracle you do get the attention of the nationwide publishers, make sure you are ready. There is a format you have to follow.

When “Eragon” was picked up after self-publishing. At that time, trade publishers wanted to see if a book could sell 5,000-10000 copies before they would take a look. A couple of years ago, an author I know was rejected because she had sold 7,000 copies and had “saturated the market.”

Because of this, and many more experiences, I have decided a new type of publishing is needed. BAM! Publishing – founded by an author, for authors. We have signed traditionally published authors, looking for more control and more profits from their books. Some of our books on the shelves of Barnes & Noble, just like the Big Five publishers. Stop by and see if BAM! Publishing is the right fit for you and your book.

Posted by Lynn Hardy No comments:

I just received notice from Amazon (Kindle Really) that they are discontinuing "Tags" and replacing them with other search and navigation features. It seems strange to me that Amazon would make this change without notifying customers.  I received the email below from Amazon (Kindle Support) today re: tagging. Please comment is you have heard similar reports or received similar information from Amazon.

The original idea of Tags was to allow customers to tag items they were considering buying (for example, tagging items for a specific person as a gift), tagging products that they have purchased for later recommendations and tagging products to suggest better organization of them for Amazon.   Over time Amazon has introduced new features that have replaced the TAGS functionality, including Wish Lists, Customer Reviews and Recommendations.  Since the introduction of those features the usage of Tags, and therefore their value to our customers, has declined.  We have removed TAGS in favor of the replacement features. Tags that you created are still available under Your Profile page.
Again, I'm sorry for any frustration this has caused, Brian. Should you have any further questions or concerns, please let us know!

We look forward to seeing you again soon.

Have you heard about this? Let me know what you think!

Posted by Lynn Hardy No comments:

Prophecy of the Flame Movie - Szames


Who will YOU choose to play Prince Szames? 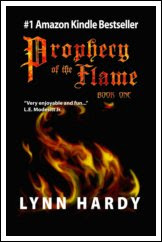 Prophecy of the Flame - Book One became #1 on Amazon Kindle shortly after Book Two in the series released. Talk about the movie, based on Book One, began in 2012. A screenplay has been completed. Now we are just waiting for the rest of the pieces to fall into place.
I've never been good at waiting, sitting on my thumbs. How about you? So let's find out what fans think about actors for the movie, before they are picked! How often do you see a movie based on a book and think - they picked HIM for that part?
Now's your chance to weigh in before the decisions made! 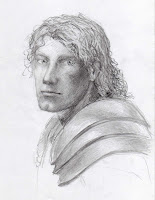 Prince Szames of the magical world of Cuthburan is one of the fan's favorite characters. Humble, unassuming, big, blond, and brawny with a huge heart: what's not to love? 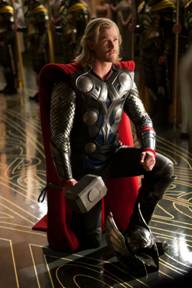 When I first saw Chris Hemsworth  in the Star Trek movie, I thought I had found, Prince Szames for Prophecy of the Flame,

the movie, but I wasn't positive. I didn’t see him stand next to anyone... would he be tall enough? Szames is 6'4". Then I saw him in Thor. He looked so much like the picture of Szames I had drawn for my book – I knew he was the perfect person for the part...

When Chris took his shirt off, oh man, that massage scene between him and Reba (the female heroine) took on a whole new perspective! We need massive fan support on our facebook page to get a star of his caliber for this role... 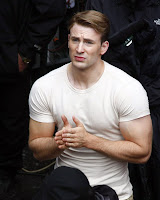 I was shocked to see the transformation of Chris Evens

for Captain America. He has really bulked up. Now he's ready to play the sword-swinging prince of my dreams! And, man, are you in for a treat: Both Chris's star in the Avengers - releasing today. I can't wait to see these two phenomenal men on one giant screen!

On the Facebook movie page for the Prophecy of the Flame movie you can cast your vote. Which Avenger should answer the call to action and help us give kids a warm bed?

Channing Tatum has practice swinging a sword from his role in The Eagle. He's a shoe-in for the romance between Reba and Szames after staring in Dear John and The Vow. Channing may be the underdog, but he would be perfect for Prophecy of the Flame! This is going to be one tough decision! Vote today before Szames is chosen!


Cast your vote in the OFFICIAL Prophecy of the Flame poll!

Reply to the comments with YES on the comment with the actor you think should play Szames!
Have another actor in mind? Put his name in a comment so others can vote for him.

Vote for the other main characters at the links below:

Prophecy of the Flame - Book One

Prophecy of the Flame - Audio Book One 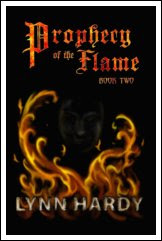 Prophecy of the Flame - Book Two 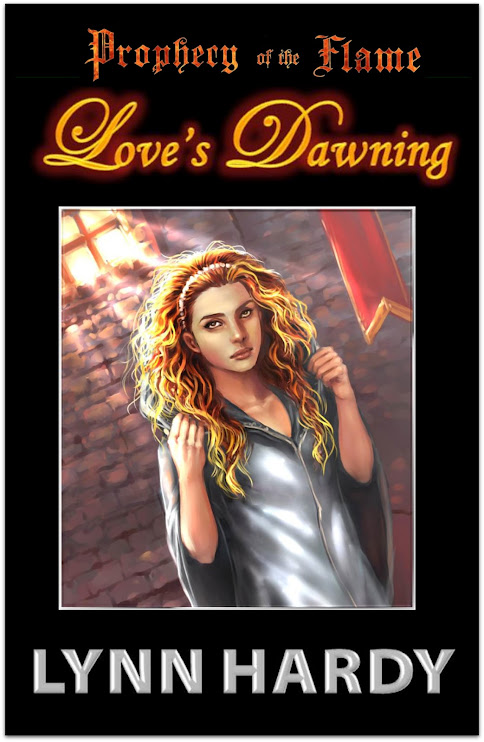 Prophecy of the Flame - Love's Dawning

Find us on Google+

Prophecy of the Flame - Book Two

Prophecy of the Flame - Audio Book One

Prophecy of the Flame - Book One